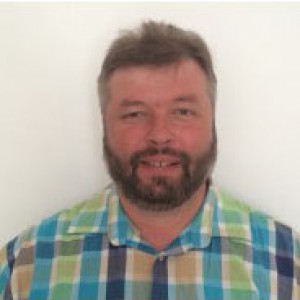 Head of the laboratory

The hydrophysicist, the doctor of geographical sciences (2000), since 2006 - the head of the laboratory of land-ocean interactions and the anthropogenic impact, since 2006 - the deputy director in the Physical direction.
I have graduated from physical faculty of MSU (1989) and postgraduate study of the State oceanographic institute (1992). Upon termination of postgraduate study I have defended the dissertation of the candidate of physical and mathematical sciences on the subject "Daily Cycle in Thermal and Mechanical Interaction of the Ocean and the Atmosphere".

Then I worked in GOIN (1992), Oregon university (the USA, 1993-1994), Rio university the Grandee (Brazil, 1994-1998). Since 1998 works at Institute of oceanology of the Russian Academy of Sciences where has consistently passed positions of the senior research associate, the leading researcher, the head of the laboratory and the deputy director.
In 2000 I have defended the doctoral dissertation on the subject "The Wide Shelf under the influence of an Intensive Continental Drain".
Scientific interests of P. O. Zavialov are connected with physics of interaction of the ocean with a fresh-water continental drain, and also various forms of anthropogenous impacts on sea systems.

He was one of authors of opening on the shelf of Brazil of the stock current transferring waters of the Parana and Uruguay Rivers from the area an estuariya La Plata to hundreds of miles to the North and has for the first time described in a series of works of the characteristic of influence of this transfer on variability of hydrophysical fields in southwest Atlantic. He has developed new realization of a method of "the maximum cross-correlations" for remote sensing of sea currents according to satellite data. He researches also the Black Sea, especially in the context of influence of a fresh-water river drain on the mode of this reservoir.

P. O. Zavialov is one of leading experts on problems of the modern Aral Sea and since 2002 directs the Aral expedition of IO Russian Academy of Sciences.
Participant of many expeditions. Associate editor of the Okeanologiya magazine and number of the international working groups.
Author of the monograph "Physical Oceanography of the Dying Aral Sea" (2005) and more than 80 scientific articles, and also number of popular scientific publications.

A Study of Circulation, Turbulence, and Tidal Stream Resources in the Taiwan Strait

Structure and Dynamics of Plumes Generated by Small Rivers

Dissolved methane in the residual basins of the Aral Sea

Hydrophysical State of the Gulf of Feodosia in May 2015

Present state of the Aral Sea: diverging physical and biological characteristics of the residual basins

Geochemistry of Sediments in the Modern Aral Basin

Effects of bottom topography on dynamics of river discharges in tidal regions: case study of twin plumes in Taiwan Strait